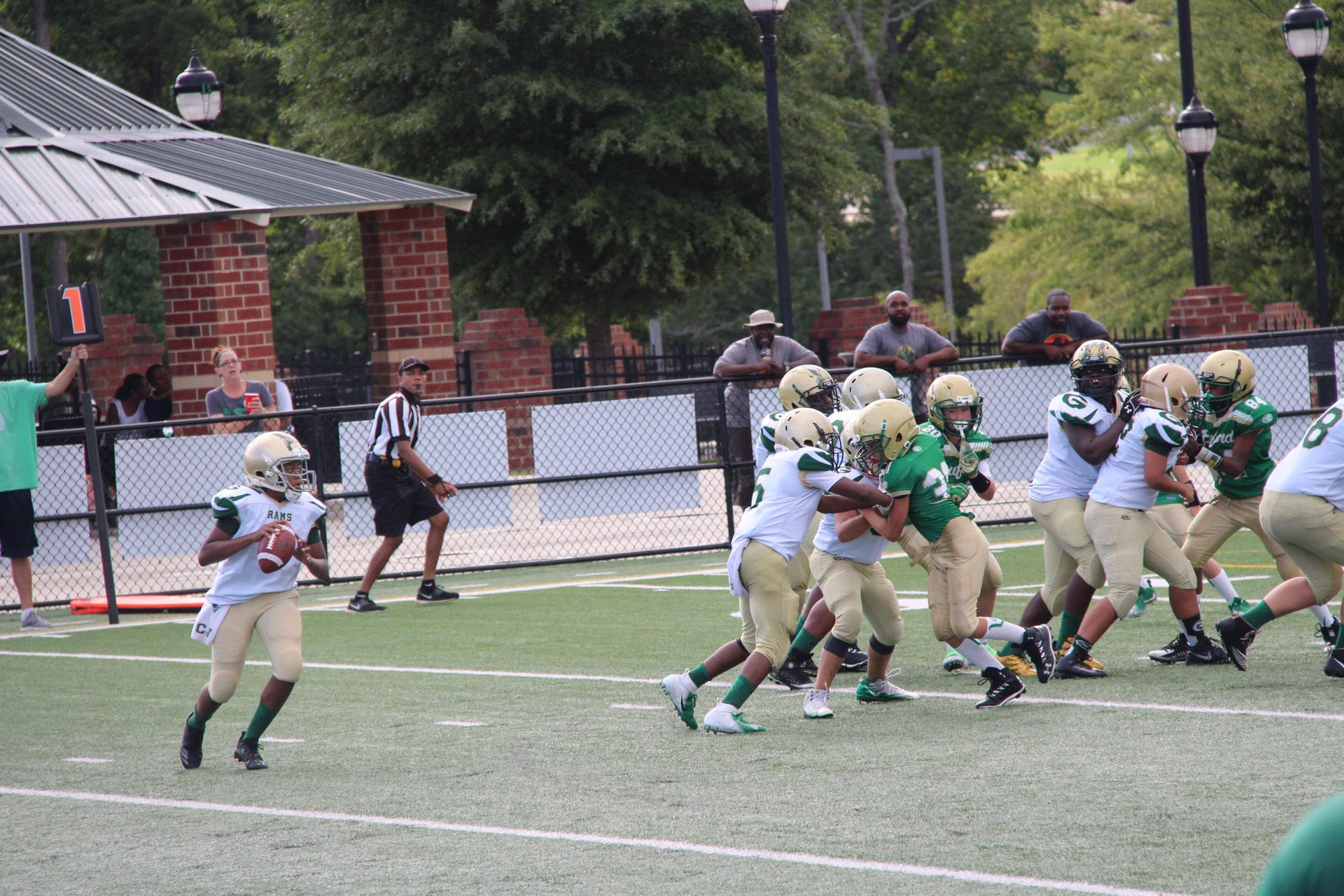 CJ Franklin, Quarterback, Class of 2025. He attends Bay Creek Middle School in Grayson, GA right outside of Atlanta, GA. He is an upcoming 7th grader and will play for the Grayson Rams 7th-grade team this fall. Last football season he helped lead his team to the GFL National Championship and scored 2 out of the 3 touchdowns to help his team secure the win. He also led Team GFL to the National FBU championship in Naples, FL in which they have crowned the National Champions. He is the starting QB for a 15u 7on 7 squad where he throws the high school football and leads a group 8th graders and freshman on the football field every Saturday afternoon as well as the quarterback for his team the Grayson Rams 7on7 squad. When asking what he enjoys about the quarterback position: “I can command the offense and be a coach on the field.” “Also being the leader on the field and I love every opportunity I am able to break the defense apart.”  “Football is fun and very aggressive and it is a mental game and I am always challenged mentally whenever I hit the field.” He has an extensive training schedule where he trains 4-5 days a week to better himself. He enjoys training because his trainers are committed to his development just as he is. Other than football CJ enjoys baseball, basketball, and has a very fond interest in the real estate market. He is an honor roll student with a 3.5 GPA. He will attend many camps this offseason. Mainly college camps to help prepare him for the next level. He is a quarterback on the move and ready to represent c/o 2025.

The sky is the limit for 2019 and I am ready to tackle the challenge.

CJ favorite Quarterback is Cam Newton whom he has had the pleasure of meeting on a few occasions.

Choose the Right Checking Account For You and Open from the Comfort of Your Home. Open in Less Than 5 Min. Types: Basic Checking, Premier Checking, Choice Checking, Select Checking.

ExposureU would like to welcome Tharone Chilton as the Associate Lead Trainer of Athletic Development. Chilton joins Ed Daniels who was recently named Head Trainer. A standout player and graduate of Booker T. Washington High School in Tulsa, OK, Chilton was named Player of the Year in 2010 and was selected to the Large East Boys Basketball Team for the Oklahoma Coaches Association All-State game. He participated in the state title game all four years and won the 5A State Title in 2010, where he was named the state tournament's Most Valuable Player in 2010. Upon graduation he continued his basketball career at Eastern Oklahoma State College where averaged 20 points per game and lead his team to their first tournament appearance in almost eight years!! Chilton was named first-team all-NJCAA Region II and received a scholarship to Middle Tennessee State University. Chilton played at MTSU for a year and transferred to Oklahoma City University where he would complete his collegiate career; averaging 25 points per game. Tharone holds Bachelor’s Degree in Education. We look forward to having Tharone join the ExposureU Family.